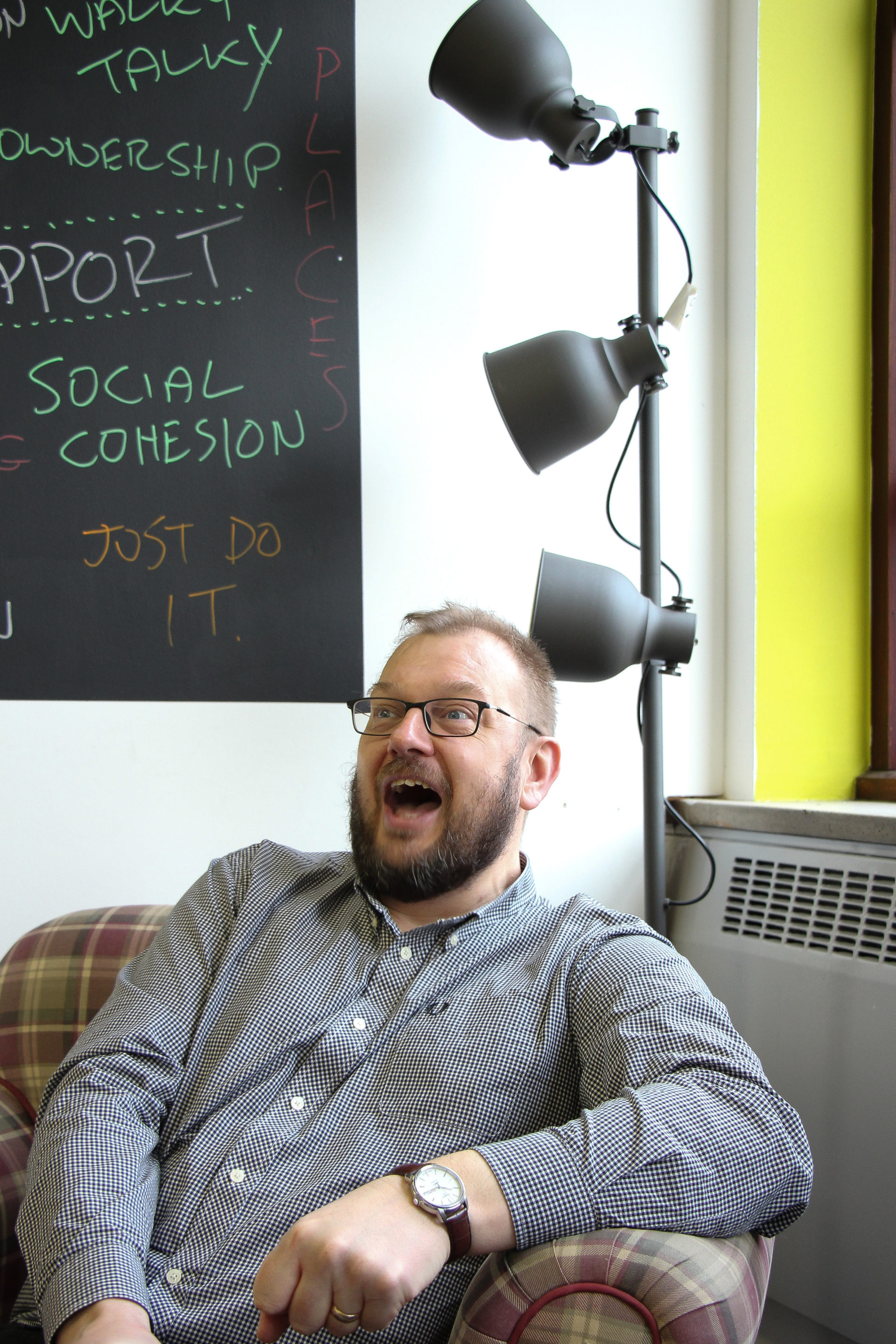 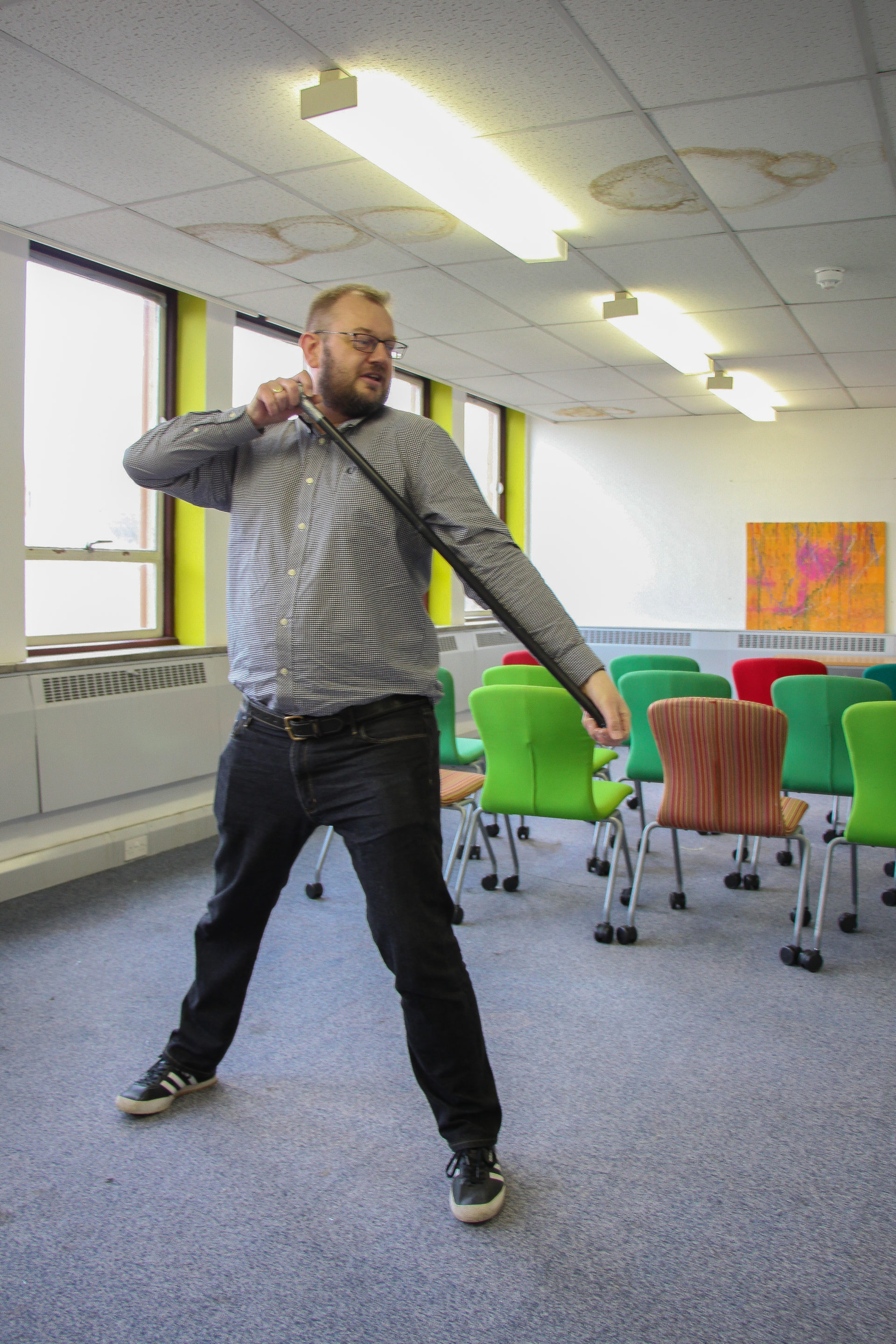 This is a dance that... is about individuality and the unexpected.

This was the start of my year of saying yes. In 2012 I realised that I had become stuck in a rut saying no to stuff, even silly little things like meeting friends for a drink. I was bored of sitting on the settee at home, so I decided to have a year of saying yes, as long it was moral and legal.

A friend rang me up about auditions for a new theatre company performance of 'Allo 'Allo and I had no choice but to go for it. Somehow I got the part of Herr Flick, who is about as far removed from me physically as you could imagine.

The dance happens about half way through the show. I was wearing a black suit, white shirt and black tie on a blazing hot June evening. It's a cafe scene and everyone's sat chatting when suddenly the music strikes up and I lift my hands up and say: "Ah the tango, excuse me whilst I do my solo".

It's a slow dance that involves a lot of upper body movement. The leg movement is very much dad dance fashion. That was real multitasking – breathe, move and remember what is going on. The dance must have looked comical to the audience. I was definitely someone who wanted to be centre of attention and the character is the same – he's very straight faced, strait laced and then suddenly he gets up and does this random tango.

The one taste I associate with this dance is Appletiser. It was the prop drink so we had glasses filled with it on tables, which looked just like a really bad white wine.

I'm not much of a dancer, pogo-ing is more my style, but this dance sticks with me as the start of my journey of self-discovery and also working with Creative Scene. You'll never see the dance on Strictly! I have more confidence now. I didn't lack confidence then but I have a very boring day job which requires a different kind of confidence. When you're on the stage it's something else entirely, it's great. A real escape.