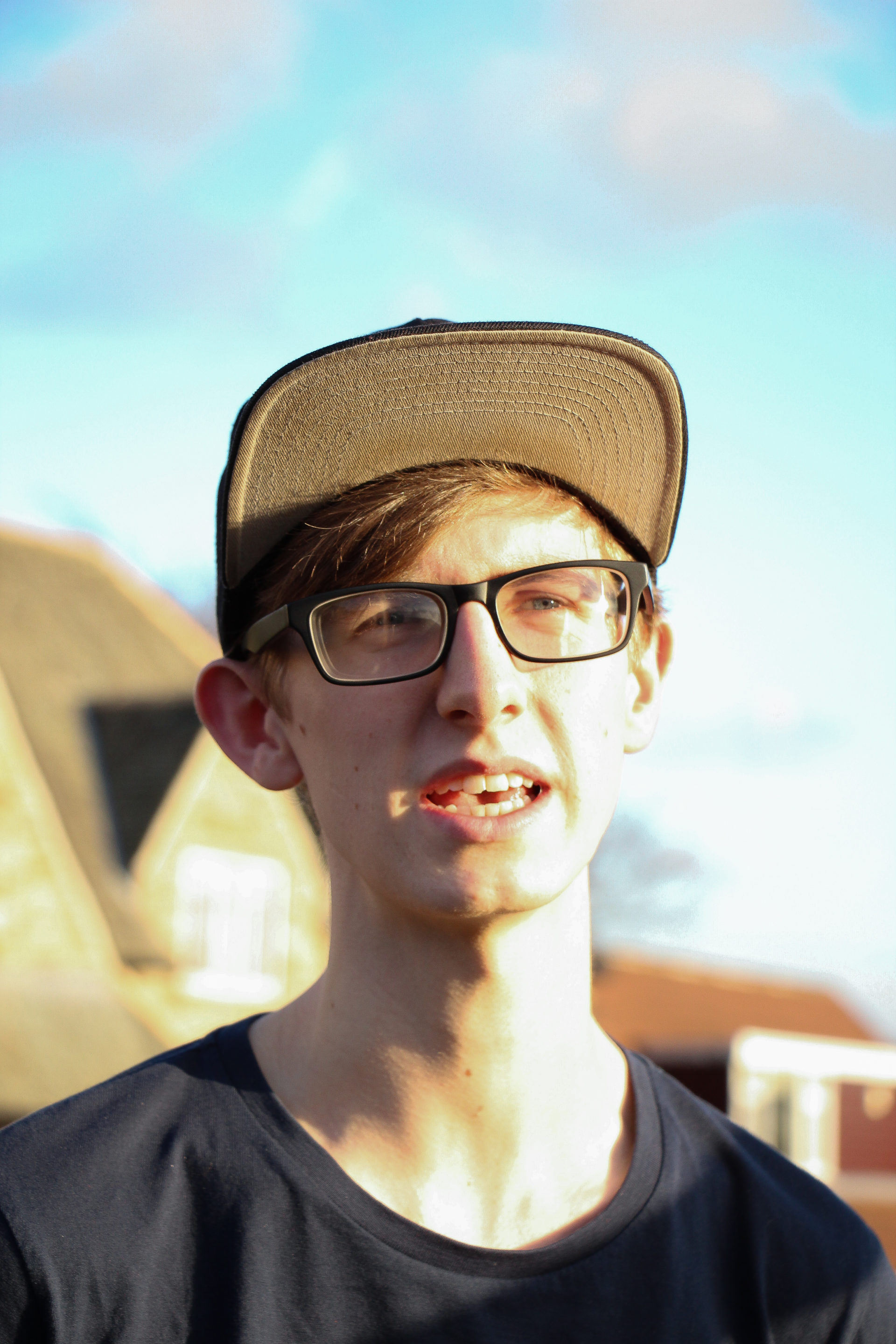 This is a dance that... is untainted by the confusion of the world

The dance would have taken place in April or May last year. I was 19 at the time and was on a gap year from studying. The sun was quite high in the sky so probably about 11/12 o'clock and it was hot but not unpleasantly hot, just nice.

I was walking down the main road, Huddersfield Road as you go from my house to the centre of Mirfield. I'd have been going to the library to buy something from the shop. I had definitely set out from home with a purpose but I wasn't in a rush, there was no time constraint, no pressures on it.

I'd have been wearing these jogging bottoms or my other grey ones. Basically what I wear most of the time. I think I was just in a t-shirt as well because it was such a warm day. Oh and this hat would have been on too, it hardly comes off my head.

I can't remember what I was listening to but it was a fast, upbeat kind of summer song. I'd have probably danced for the whole length of the song so 2 and a half, 3 minutes. I didn't sing along, some people can sing quietly but when I do I go for it!

There were various cars passing and I knew they were watching but I was in such a good mood it didn't matter. The pinnacle of it was when a woman - she looked really happy - was driving past, her windows were down and she was having a whale of a time. She obviously saw that I was having a good time too and she honked her horn to me! I didn't know who she was but it was a nice little shared moment.

There was the tarmac underfoot and tall trees. If there was a smell I imagine it would have been freshly mown grass but I don't know if it's just what my mind associates with it because that's the only thing that would make the memory better?

The dance was one I'd made up on the spot, a spontaneous in the moment kind of dance. Just walking sort of, bit of a hop, bit of a jump, bit a grooving. The hands were involved, and the chest. The knees were very loose, bobbing up and down. The head was most definitely involved.

That dance means a lot to me because of the sheer euphoria of it, just the feeling that nothing in the world mattered. It was just me, some music and a lovely day and it sounds kind of cliched but I was happy.