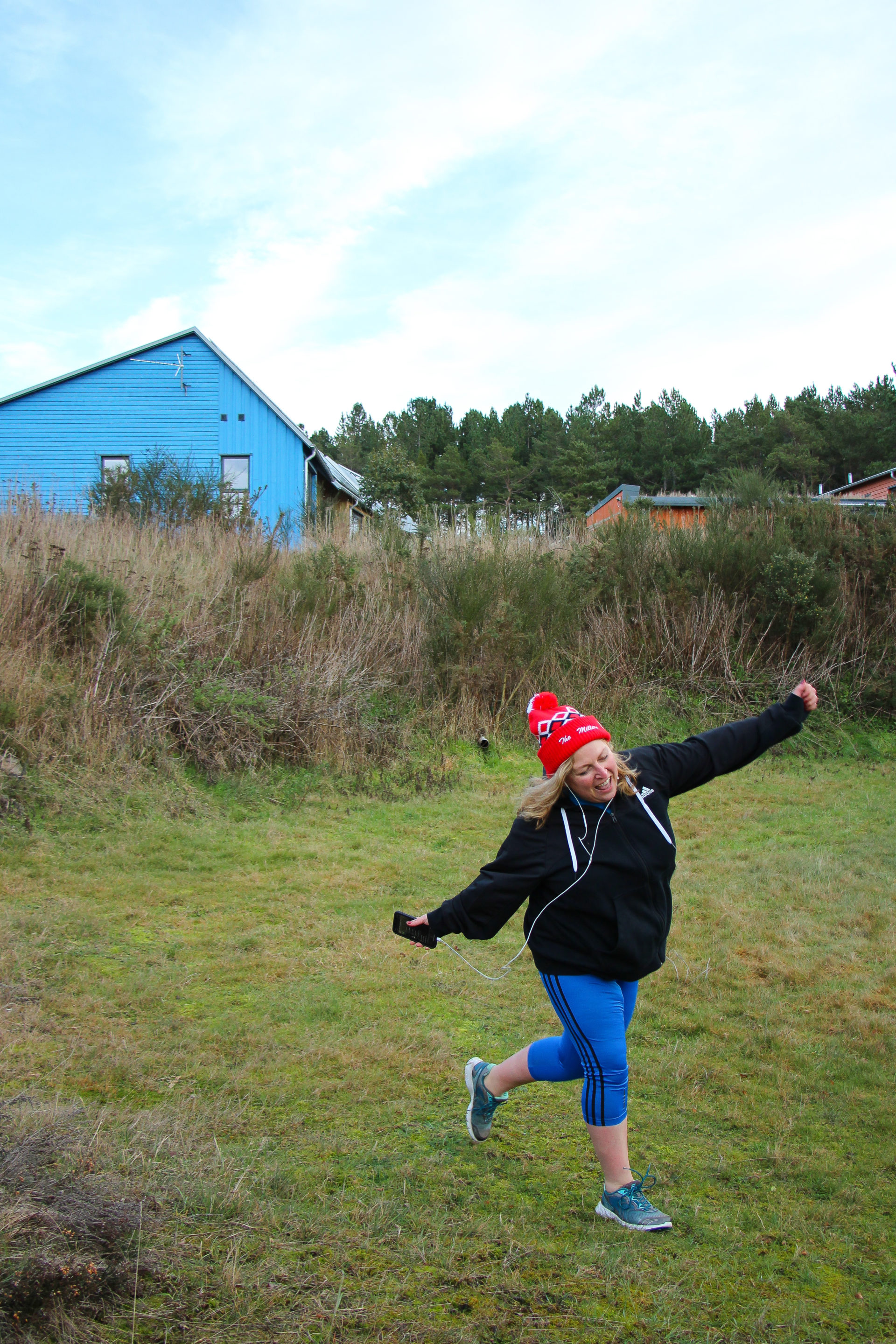 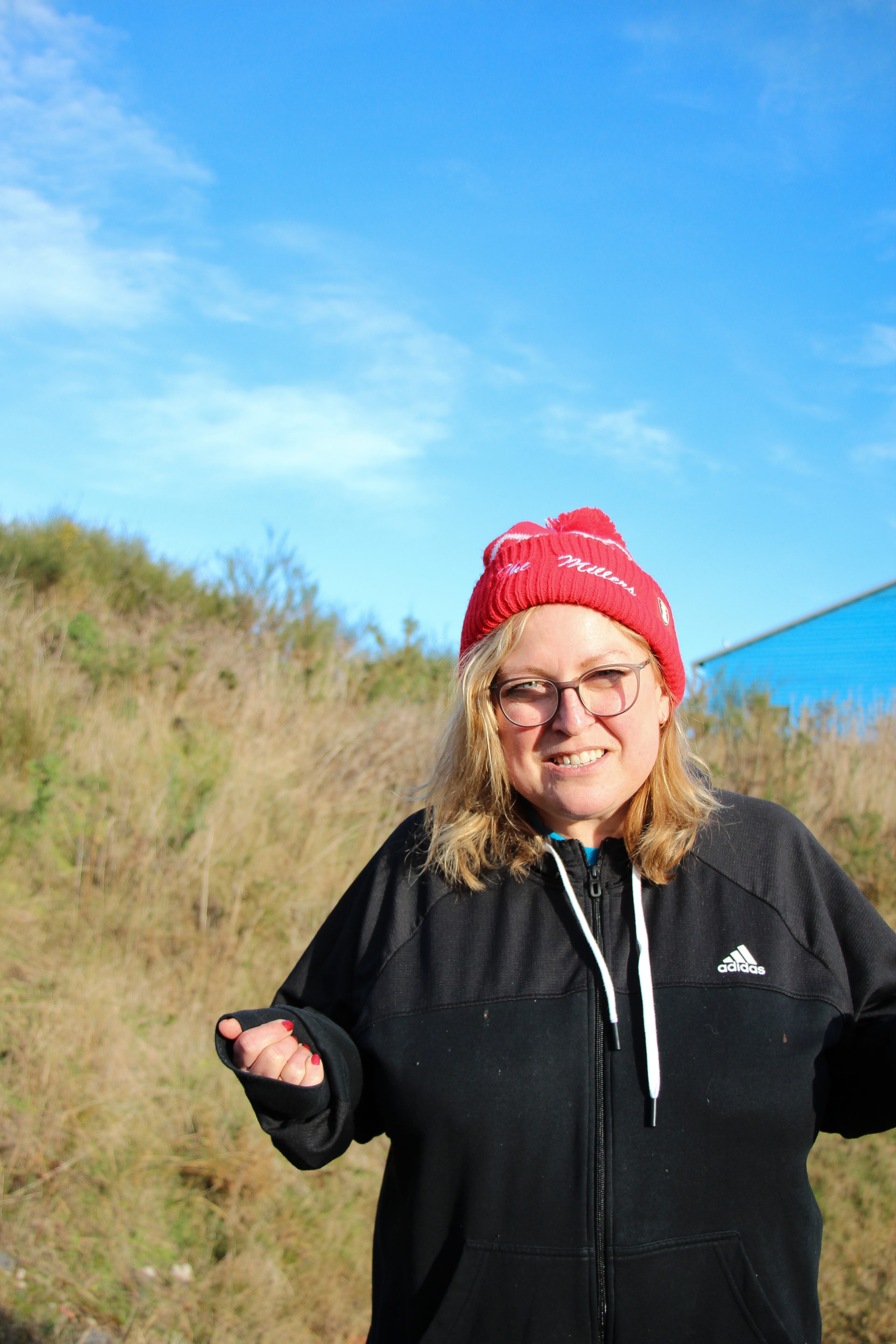 Dance Location: Ballindalloch, up a farm track and up a hill

This is a dance that... happens while running.

In May 2017 I decided I wanted to run. At first, I ran without music because someone had told me that it was better that way, that I should take notice of nature while I ran. After a while though, I decided that nature and I got on just fine and would benefit from some accompaniment, so I made up a playlist and started to run with earphones in.

This dance happened for the first time in August 2017. I am the Resurrection by the Stone Roses came on and I found myself spontaneously dancing and singing really loudly in the middle of nowhere. My legs carried on moving forward but my arms were giving it large. Then the song finished and I went back to running like a normal person.

That song was my first and is still my favourite, but now there’s others that I’ll find myself dancing to if they come on while I’m running: Madonna, Like a Prayer; Pet Shop Boys, It’s a Sin; Richard Hawley, Tonight the streets are ours; and some stuff by Half Man Half Biscuit. It’s normally quite big, emotional songs that make me want to fling my arms around. Songs that are strong and meaningful.

I run three times a week and I usually have at least one moment of dancing each time. It makes me feel joyous. It’s funny and silly. I run in all weathers. Up the hill, not all the way to the top - it goes on forever, and then back down again. I wouldn’t say I’m a good runner, but I’ve come to enjoy it. I’ve got to a stage where I’m not just knackered all the time. I’m going to do a half marathon with my brothers this April in Sheffield. I don’t think the dance will come out there though, so far, it’s always been a solitary dance, when no-one else is around.