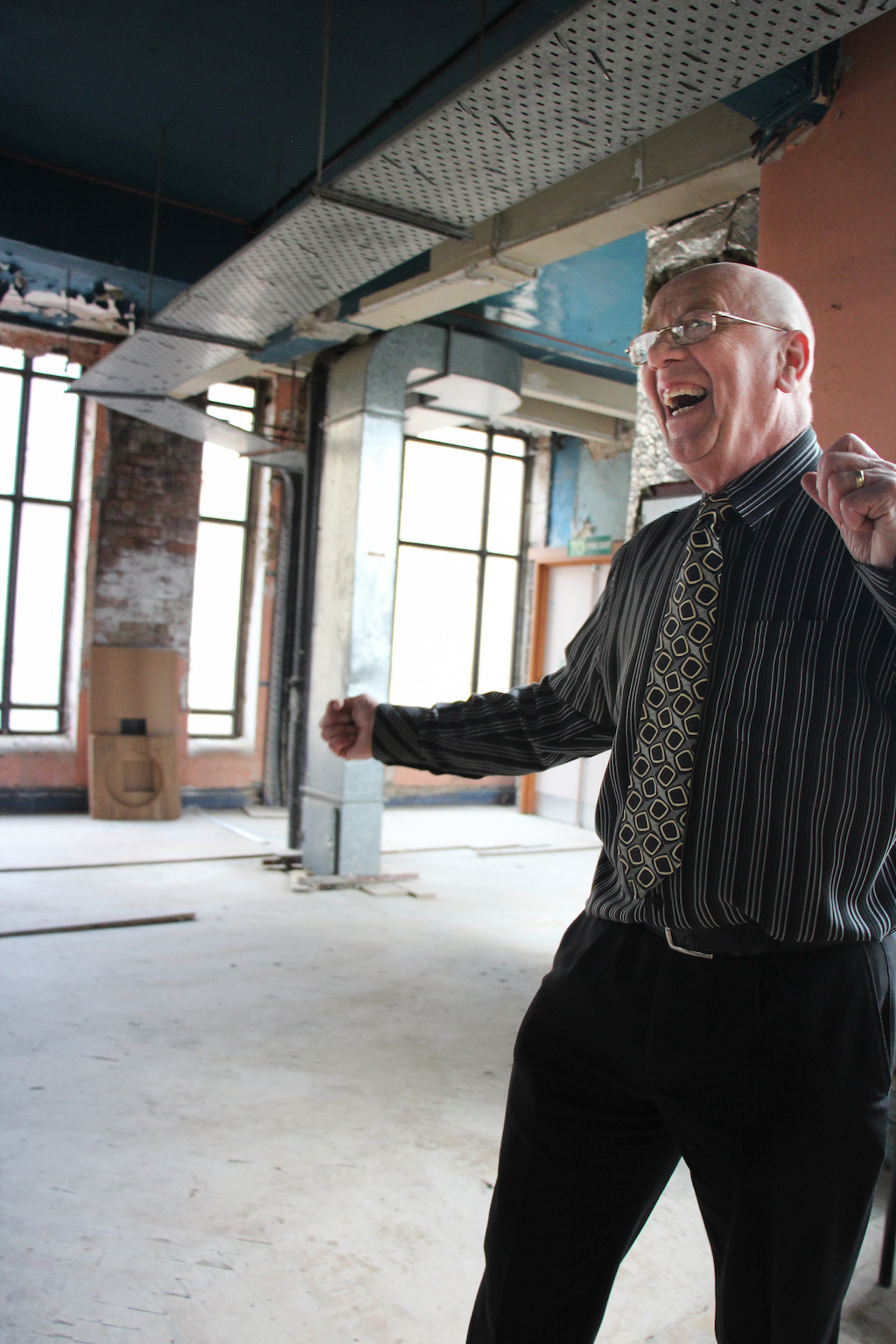 The year was 1959 and I was 17 years old. I used to go to Palin's with the boys every Friday night. We'd go to the Boars Head Pub for a few pints of beer and then up to Palin's. It was actually The Princess Ballroom, but everyone called it Palin's. Now it's a MacDonald's.

On this night I was very likely wearing a flowered shirt, green or pink fluorescent socks, and suede shoes. And there would have been a group playing called either The Avengers or Teen Beat, those were the two regular bands at Palin's. The girls used to dance with the girls and the boys used to dance as individuals, doing silly things, not organised dance movements.

Usually we sat in the same place and for several weeks there was this beautiful young lady that I couldn't take my eyes off. After a few weeks, with pushing, I went over to ask her to dance and she accepted. No, don't smile here. It's a heartbreaking story.

We got up on the dance floor and started to dance, but it was rock and roll moves which I could never do. It lasted all of 15 seconds before she stopped dancing, stepped back and said, 'I would sooner dance with a chair'.

Well you can't blame her, can you? But I tell you, it was like a punch in the stomach.