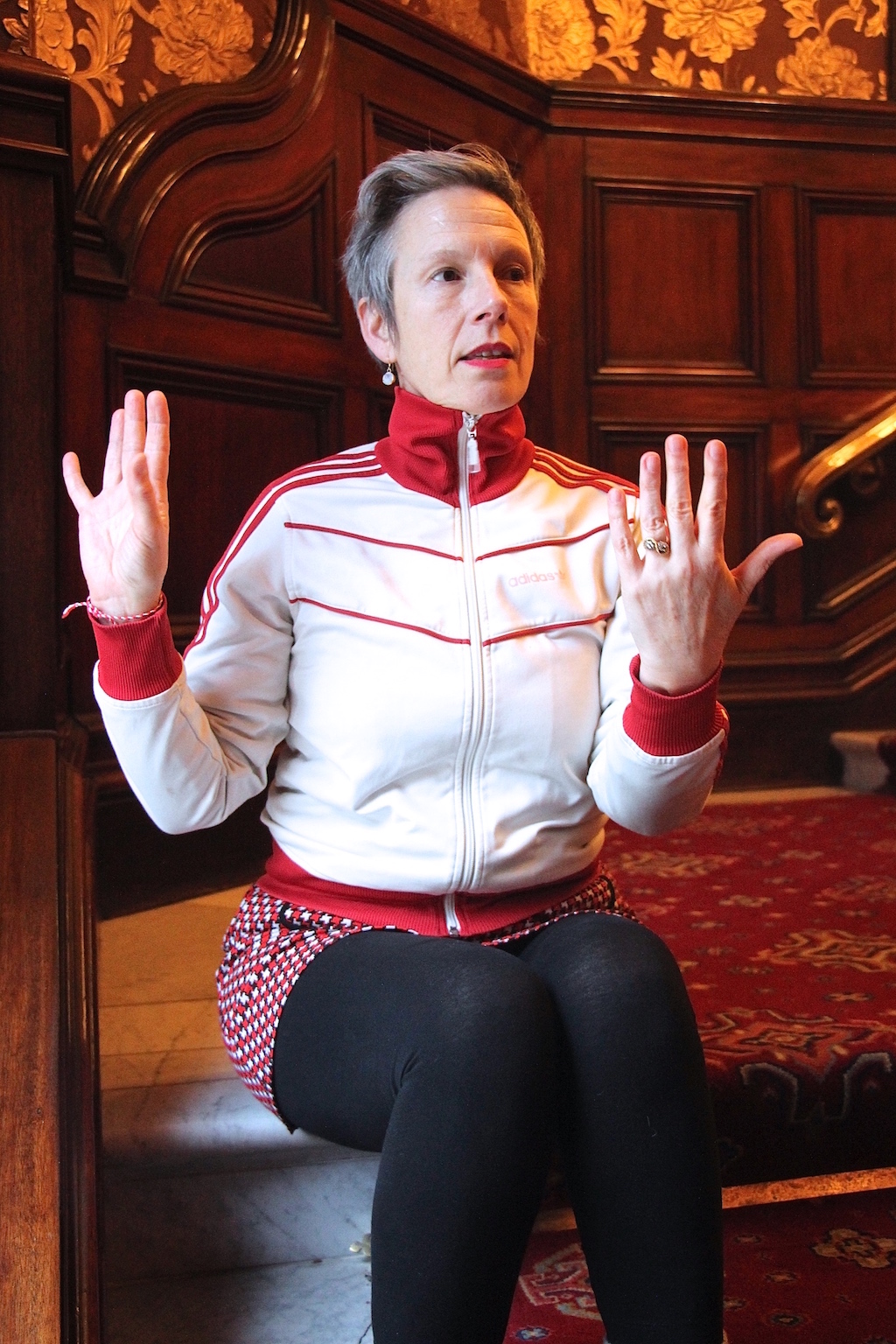 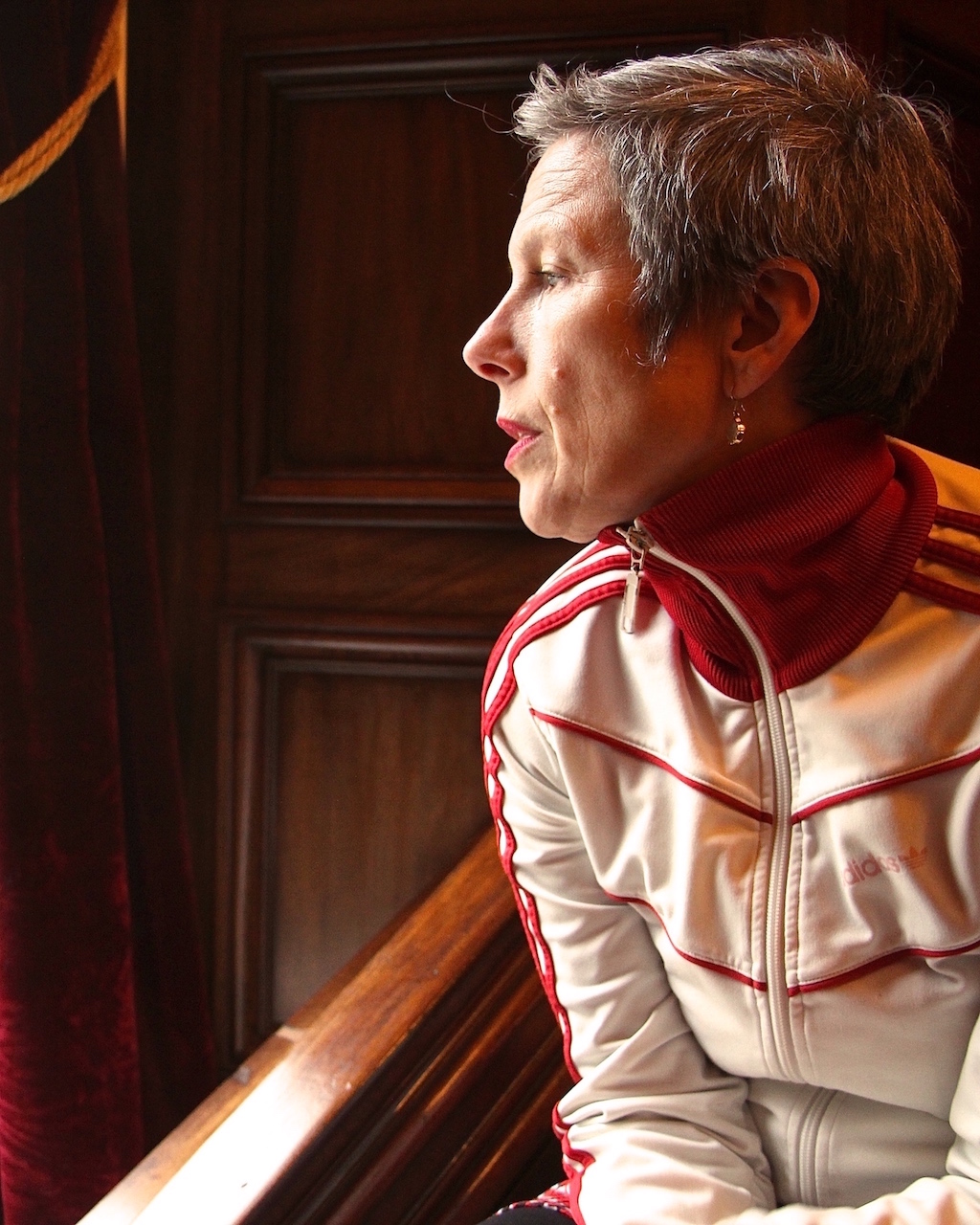 This is a dance that... recently came back to me as a body memory.

It happened almost 50 years ago to this day. I was seven years old and in Carousel by the Operatic Society in Harrogate.

Out in the front of the theatre it was all plush and shiny, with beautiful gilt wallpaper and fat carpets, but behind the scenes it was grimy and dark. I remember standing in the wings before I went on, composing myself and going through the steps, and that smell and taste of backstage dust.

I'd have had my ballet shoes on, which would have been old and knackered and grubby, probably a cast off from my sister. And then this amazing dress with a sticky out skirt. It was all swirly and swooshy and I loved it. It was all very exciting. I feel a bit embarrassed about it now though; it seems like such a fuss.

I can't remember all of the routine, but I remember a little step to get on the stage, and having to do a high kick with our dresses held out, pointing our toes elegantly. And a bit from later on in the play, when a man came on stage and we'd been told not to look at him because he was supposed to be a ghost.

It ended with a curtain call and a courtesy, like we had to do at the end of every ballet class. It would have been a school night and really late so I would have been picked up and taken home.