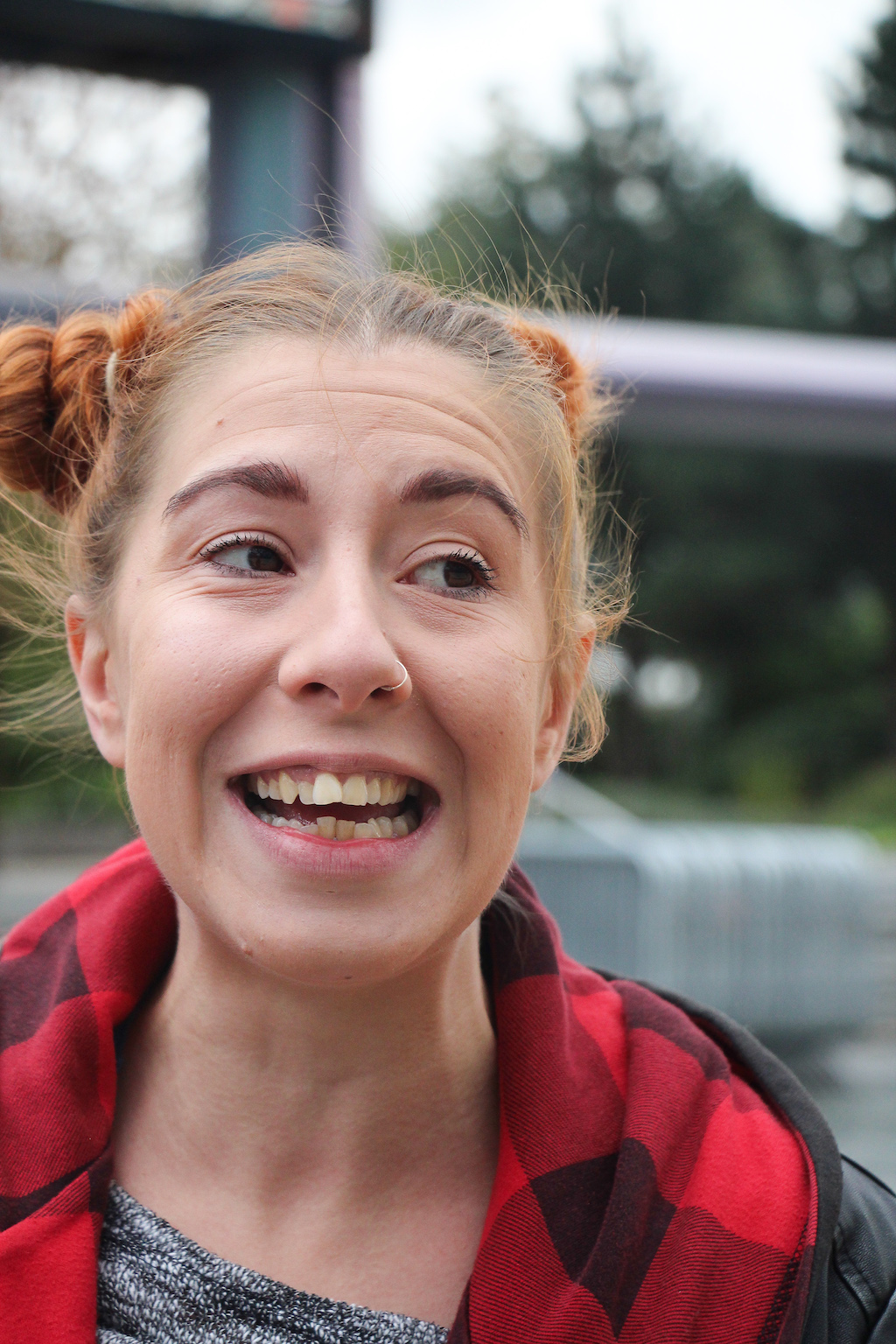 This is a dance that... plays with synaesthesia. It's like the taste of orange juice just after you've brushed your teeth.

I made this dance with two other women in my third year at uni. The final time we performed it was in a huge perspex box in the square at Media City.

The dance was about the routine of getting up, going to work, coming home, going to bed, and then doing it all over again, and what happens when you can't carry on any longer. We began dressed all in white, with white face paint and red lipstick, in a clean space with a white carpet. But we were standing in paint pots so as we performed the dance the space was dotted with more and more colour until it became completely chaotic.

We never set out for it to be comedic but the dance was accidentally funny. There was a moment when we pretended to brush our teeth but when we opened our mouths food colouring came out. And another moment when all three of us bit into an orange, skin and all, and you can never hide your reaction to how disgusting that tastes. It was a dance with lots of surprises.

As the dance went on, the performers started to glitch and every time something went wrong a bike horn sounded. Suspended above us in the space was a toilet cistern and the dance ended with us pulling the cord to release two gallons of red paint. When we rehearsed we were in a studio, so repainting the wall white and waiting for it to dry became part of the dance routine.

This is not a tribute dances

Dances in the street