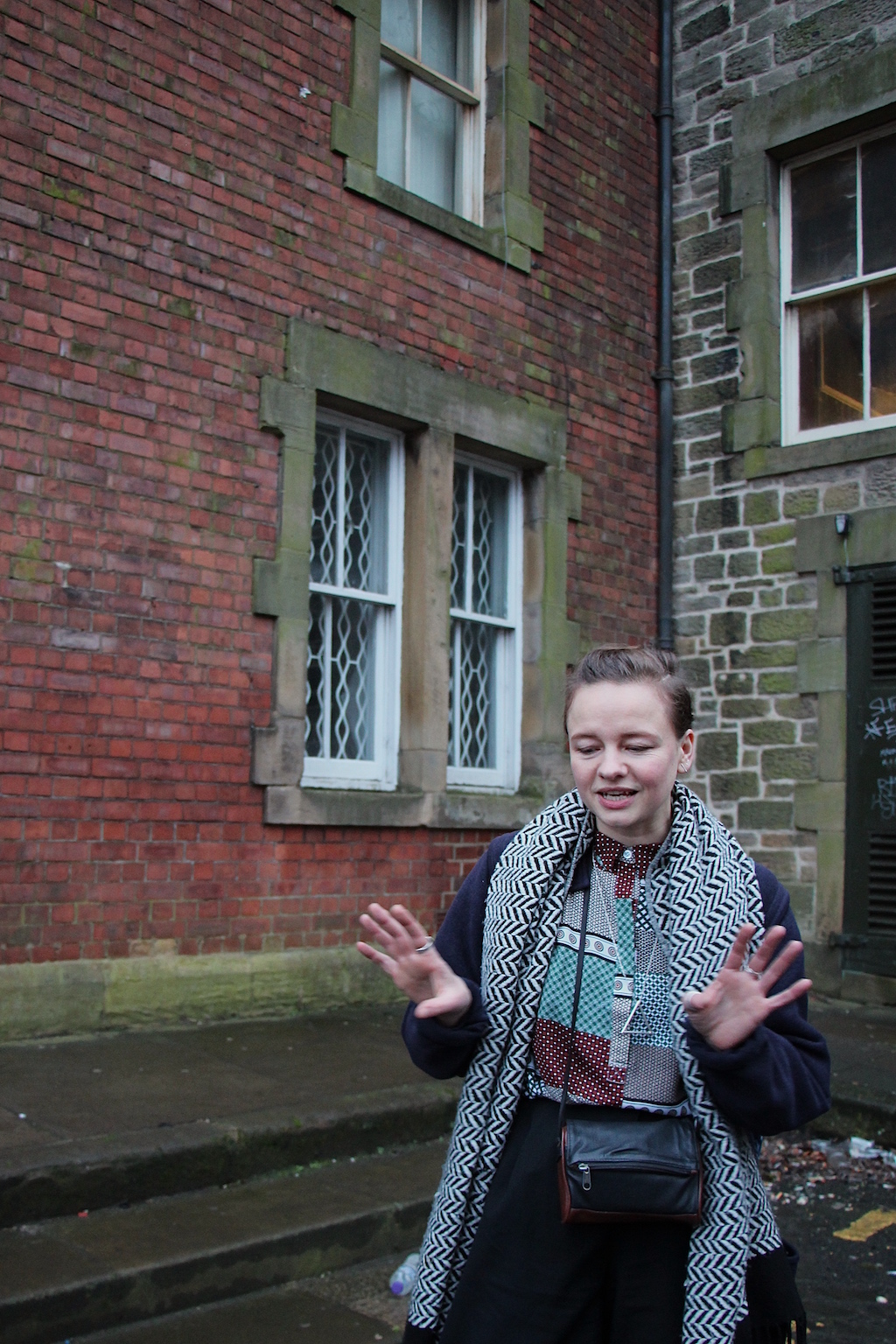 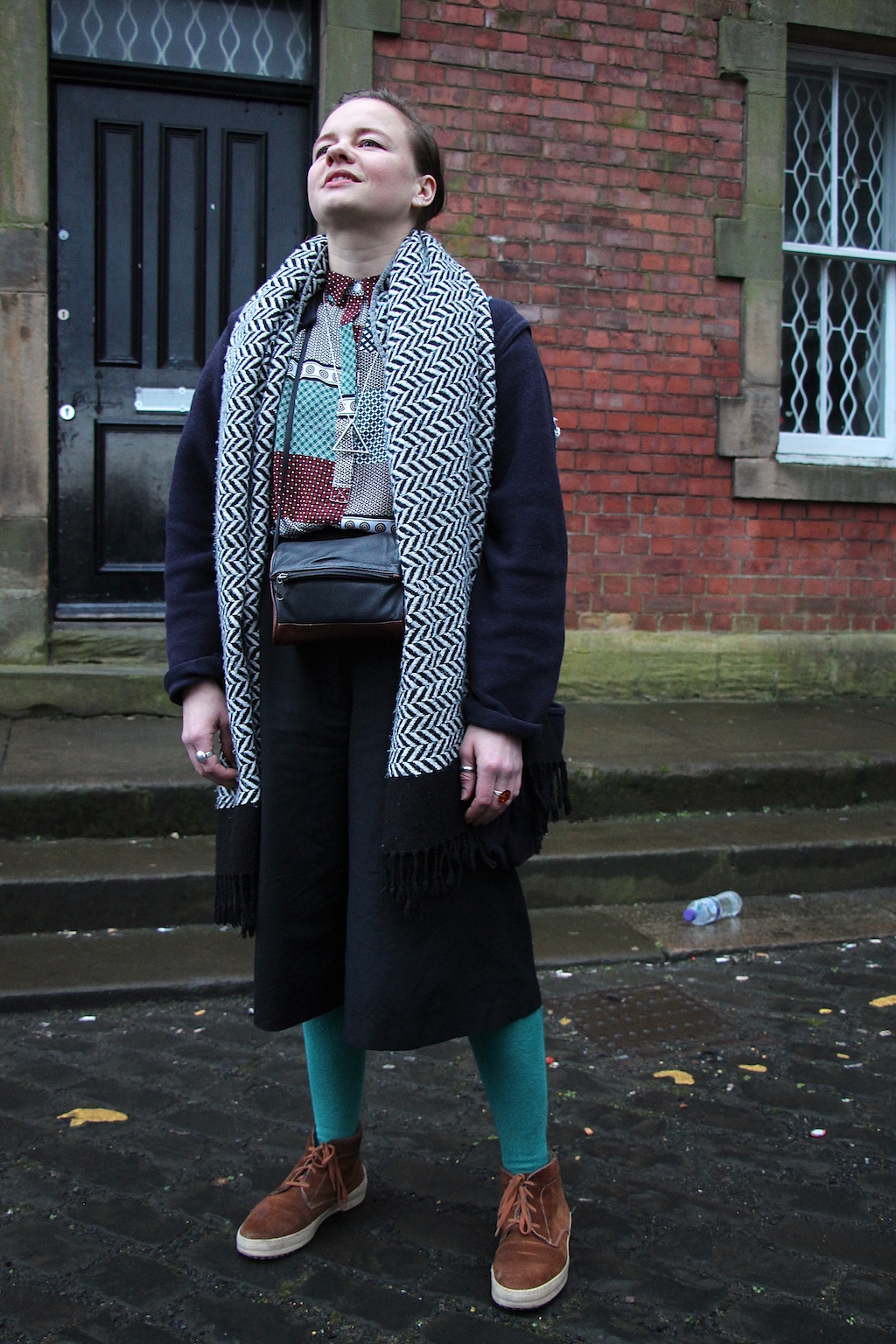 This is a dance that... was half-hearted and awkward.

I feel quite unaware of what my dance actually looked like because I was too pre-occupied with other people. I was kind of dancing as a way to have permission to watch. It was so much more about her dance than my dance. I felt a weird mixture of reactions - admiration of how her dancing was so primal and animal and amazing - but also this weird prudish part of me felt really concerned about her.

I was at The Old Police House for the after party of Tusk Festival and there was a real mix of people, not the regular crowd, and a whole bunch of DJs. The music was techno, footwork kind of tunes.

The dance happened when things were starting to quieten down. There was music in two rooms but one room was packed and the other was quiet, and I went to the quiet one to have a bit of space. My pal had just turned up and it was almost the end of the night. And in this room it was just us, and then this shady guy standing in a dark corner.

My dance was half-hearted in comparison. It was just a kind of standing around sort of dance, holding a drink in one hand with the other arm folded over my chest. I was in awe and impressed and embarrassed and awkward, not wanting to stare, and also really aware of that quiet man standing in the dark corner. There was definitely something quite David Lynch about the whole scenario.